It has been reported that the morning drinks like four cup of tea or coffee increases the potential risk of god life by decreasing the threats of escalating blood pressure. As compared to the non -drinker the immunity against the threats of blood pressure is much higher for the heavy drinkers according to the study by a group of French scientists. It has been examined after the thorough study on a higher tea drinker that the lower blood pressure, pulse pressure and heart rate are revealed. 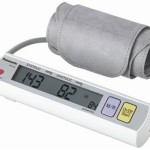 Finally the research and thorough study analyzed on 176,437 numbers of drinkers aged between 16 to 95 years suggesting their point of reference based on the questionnaire, how much do they drink for a day. These participants were classified in a group of three according to their rate of consumption from zero to four or more than four of varying intensities,

According to the daily express reports it has been suggested by author Bruno Pannier of Preventive and Clinical Investigations Centre in Paris that it is possible the ingredients contains in tea is flavonoids eventually  reduces the risk of pressure and  relaxes effectively the blood vessel to reduce the risk to a greater amount.

Amazed? Unfortunately, it’s true. Toxics Link an NGO working amidst environmental issues based at New Delhi has come up with up a report which is outrageous. Triclosan, a harmful chemical which is proved to cause an imbalance in the hormonal system, is very commonly used in our households. It can cause hepatic disorders, mental trauma […]

Diabetes has now turned into the fastest spreading disease among human beings throughout the world. Researchers have proved that the intake of fast food along with less physical work out mainly leads to diabetes. Another main reason which leads to diabetes is obesity. The wrongly maintained lifestyle from a prolonged period may lead to an […]

Experts have been repeatedly warning that the number of cancer patients could go up to 30% in UK by 2030. This warning seems to be true when World Cancer Research Fund (WCRF) reveals a data on World Cancer Day on Saturday that the UK is the 16th out of 27 countries in the European Union […]