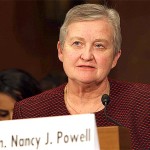 The ambassador of US had announced on Sunday that the state of Washington would be providing a sum of $1.50.000 with the help of the United States Agency for International Development (USAID) to the NGOs who are working at the areas in Uttarakhand which are most affected.

The funds submitted in coordination with the able authorities of the state, will provide an emergency support and immense relief to all the people who are residing in the remote areas of the concerned state. Nancy J Powell also offered her heartiest sympathy and condolences for all those families who have been killed and all those as well who have been rendered into a homeless condition due to the recent landslides and flood that had attacked the hill state.

She had said that all the Americans are gravely grieved by the immense personal loss as well as the inflicted damage on houses, temples, public buildings, bridges and also the livestock, safe drinking water and agricultural land.

Climate change can have adverse effects in India. It was the Copenhagen Consensus Center’s Bjorn Lomborg who claimed that certain aspects of global warming may be responsible for adverse effects on agriculture, water supply and society. Ever since time immemorial, overpopulation, species loss, deforestation, declining energy resources all have combined together with greater force to […]

When Mamata Banerjee is thinking about the central funds, there is a step which will help her breathe patiently from the next financial fund. As per the rough estimates, it is found that Mamata will have approximately 5400 crore of central funds which she will be utilizing for innovative schemes for a particular area.