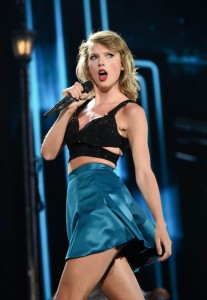 It is definitely not the first time that a concert has been compelled to change its dates due to a possible playoff! There is a change in the original tour date of Taylor Swift at Minute Maid Park, following the announcement of the wild-card which leads Astro to have a home playoff match. Initially Swift was supposed to perform in the concert on October 13, but at it has been rescheduled to September 9, keeping in mind the playoff match of the Astros.

Houston did not make it to the post season since 2005, and it was not expected that they would contend even this season. The team had lost over 105 games in the last three seasons, and the Houston optimism was laughed at, for quite sometimes now! But the Houston Astro did make it, on Monday only a game back, in the American League West, which is indeed praiseworthy. Unlike other times, the change of dates have however been accepted amicably.The tickets which had been purchased for the October show, will accepted on September 9. But if anyone is unable to attend, due to the change, refund can easily be claimed from Ticketmaster!

Film Agneepath To Show The Trailer Of Five Movies

The movie Agneepath is in the news not just for its remake but also for showing trailers of forthcoming movies like Ek Main Aur Ekk Tu with Imran Khan and Kareena Kapoor as the leading couple,  Talaash with Aamir Khan, Agent Vinod and Tezz being promoted by Saif Ali Khan and Venus.

World Waits For The Release Of Harry Potter And The Deathly Hallows: See Trailor

The latest “Harry Potter and the Deathly Hallows” is going to be released on November 19th and the worldwide craze is mounting up slowly. The friend of the wizard kid Rupert Grint spoke to News365Today.Com and said that making of this movie was a bit tougher than the previous Harry Potter movies because they had […]

Kishore Kumar became a living legend in the history of Indian film history. He is an unforgettable personality who will remain alive forever with his unmatchable contribution to the Hindi film and music. This genius singer and actor was born on 4th August 1929 and today, the whole nation is celebrating the birthday of this […]