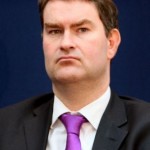 Although no particular date has been set-up yet, it is most likely to come into effect from April 2015 that is just before the next elections. This tax break for the married couples is an earnest try on the Ministers behalf to placate all kinds of conservative opponents and traditionalists who have imposed a lot of restriction on Gay marriage and do not approve of it. Therefore, the ministers are trying their best to legalize it and make acceptance for it by the use of tax breaks for the married couples which could be up to a total of 150 pounds per year.

The ambassador of US had announced on Sunday that the state of Washington would be providing a sum of $1.50.000 with the help of the United States Agency for International Development (USAID) to the NGOs who are working at the areas in Uttarakhand which are most affected. The funds submitted in coordination with the able […]

World is shaken with the news of the huge explosion in China that took place on Wednesday at around 23:30 (15:30 GMT) following by another more devastating blast leaving at least 45 people dead with hundreds of injured.   This shocking blast happened in a warehouse located in China’s northern city of Tianjin. According to […]

One Reply to “In UK Married Couples Will Receive Tax Breaks”