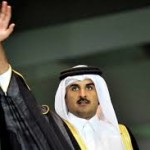 The emir of Qatari, also called Sheikh Hamad Bin Khalifa Al Thani has announced in a Qatari television broadcast that it was about time that the new generation of the political world took over and hence he has passed on his powers to his son, Tamim who is the apparent heir of the Sheikh.

Rumours had been circulating that Tamim who was 33 would be taking over the position of his father who was 61, and surely a peaceful handover is better than others who had been clinging onto their positions till they died. Sheikh Hamad had declared officially on Tuesday by an announcement that he was submitting and passing over his powers to his son who was completely capable of taking up the responsibility and he is fully certain that he is also deserving of this confidence and has the capability of shouldering this responsibility. He also mentioned that his decision is based on opening the ways to young leadership.

Nurses in the New South Wales area said that their planned strike will go ahead as scheduled from Wednesday. The NSW union of the nurses has said that about 180 branches will go for a complete shutdown from Wednesday onwards. The basic demand of the nurses is to have a mandatory nurse-to-patient ratio in the […]

M.F. Hussain, Painter and Creator of Gajagamini, Is Dead

The noted Indian painter M.F. Hussain died today in a London hospital at 2.30 a.m. in the wee morning hours. The celebrity painter was 95 years old at the time of his death.

How South Sudan Independence Will Affect Other African Nations?

It is now only a matter of time that South Sudan is going to be independent tomorrow, i.e. on 9th of July. Though there is boundless moments of joy in this nation, but the question is what will be its effect on the sub Sahara African countries.