Titanic, the Oscar winning movie once again won millions of heart with the release of its 3D version. Those who were not lucky enough to catch up with this epic on its initial release can experience the all new elite version of this James Cameron movie. The story begins with an adventurous journey to the Atlantic for Brock Lovett and his crew, who are in search of the ‘heart of the ocean’, a necklace worth millions. In this process, they come to know of the epic romance of Rose (the old lady) and Jack. The story proceeds with high volumes of drama when Rose’s fiancé creates havoc on knowing about her love life. At the climax, the Titanic faces a terrible accident at the heart of the Atlantic and thousands of people die in this incident.  The 3D film has a promising touch. It’s like giving the audience a larger than life experience. The viewers would feel like they themselves were sailing on the Titanic. This film has various special effects and sound effects which enhances the appearance and presentation. In 3D, these have been integrated to new heights. 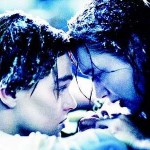 Cameroon’s 1997 attempt came out with flying colours. Now, the 3D release of the ‘Titanic’, has embraced a huge return of over $2 billion. The film produced a worldwide release record of $190.8 million with a whopping $88.2 million from the overseas markets.

Nobody Knows The Cause Behind Aretha Franklin Surgery

Legendary singer Aretha Franklin recently went through a surgery. This Thursday she declared her operation to be “highly successful”, thanking her doctors and nurses who continuously supported her to recover soon with all their good wishes as well as her fans from all over the city.