The latest “Harry Potter and the Deathly Hallows” is going to be released on November 19th and the worldwide craze is mounting up slowly. The friend of the wizard kid Rupert Grint spoke to News365Today.Com and said that making of this movie was a bit tougher than the previous Harry Potter movies because they had to fend for themselves and there was lot of fighting going on.

As per the book, the movie has got a lot of fighting scenes and the audience can see a lot of wand fighting, which is somewhat close to sword fighting. Rupert had to play some emotional scenes with Daniel’s character Harry. There will be a lot of paranoia on this and he must have got worried about the family and further doubts erupts in bigger arguments. 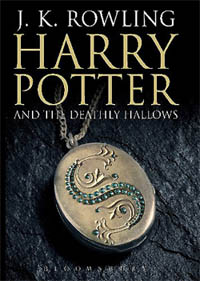 Some of the famous scenes like The Great Hall will get destroyed and become burning wrecks. Audience will be really shocked to see these familiar places getting destroyed at the end of Harry Potter series.

Rupert said that shooting schedule was also tight one. They had to work for nine hours a day and five days a week. People will throng to the movie halls to have a glimpse of the last Harry Potter movie as Rowling has promised to Radcliffe that there will be no more Harry Potter.

See the movie clippings below:

Bristol Palin Into The Finals Of “Dancing With The Stars” – HOW?

Bristol Palin, daughter of controversial politician Sarah Palin has raised another round of storm in the tea cup. Bristol Palin has gone into the final rounds of the famous TV show “Dancing with the Stars”. Her critics are of the opinion that the tea party activists have done some foul playing in the ballot box […]

It Is Now Official Harman Baweja With Bipasha

Well here we are again with another hotty meets hunk story! The air of Bollywood was filled with the gossips of a romantic entailment of star Harman Baweja and Bipasha Basu. Well as it is said that there is a truth in every gossip and that is again proven when they decided to make the […]

3 Replies to “World Waits For The Release Of Harry Potter And The Deathly Hallows: See Trailor”