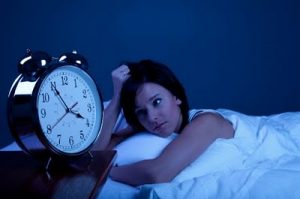 Sleeping problems in teenagers is a common issue these days. Teenage kids throughout the entire world are suffering from various serious sleeping related problems. They are often not getting required amount of sleep, thus causing lethargy and tiredness throughout the day. This not only deteriorates their health but also affects their academic performances. Loneliness is increasing in the society because the family structure is breaking down, thus impacting the emotion of the youngsters to a great extent. Senior people of the family must take care of this fact, keeping in mind the stress of the younger generation.

Various researchers throughout the world are claiming that this lack of sleep in teenagers is caused due to feeling lonely, or in short loneliness. Researchers define loneliness as a feeling of distress that is experienced by people when their social relationships are perceived to be inadequate for them. The researches stated that the teenagers experiencing this loneliness are 24% more likely to feel the lethargy and get tired, thus experiencing difficulty to concentrate in their daily works.

The link between sleeping distress and loneliness is found to be around 70% stronger among those who are exposed to violence like sexual abuse violent abuse by family members or some serious crime. The sleeping distress among the lonely teenagers may be caused as they might feel unsafe because of heightened biological stress response. Various children of the 18-19 years aged of England and Wales were studied for this purpose.

A situation in which the brain cells abruptly die due to the lack of oxygen is known as stroke. It can be initiated by an obstruction in the body-fluid flow, or the rupture of an artery that feeds the mind.