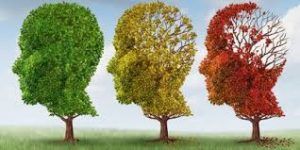 Loneliness and negligence at the old age are taking a toll on the lives of the Britons and the situation may become alarming in the coming years. More elderly people are suffering from dementia and they need care for a cure and a long life.

Recently, a team of researchers from King’s College London said that the death from the mental disease of Dementia is going to take over the numbers of death from cancer within a mere span of only 25 years. The team of researchers is claiming that around 75% of people in their final days require serious palliative care for dementia, but if no action is taken, the number will overtake the numbers of cancer patients by 2040.

The aging population is quite vulnerable to the disease, and thus they are mostly the primary targets of the disease. Currently, cancer is taking around twice the amount of precious lives as dementia is taking, but the team said within 2040 the number of deaths due to dementia will increase to 219,409 per year, which is quite alarming.

The figure clearly states that this disease is set to take much more precious lives than a cardiovascular disease or organ failures can ever take. The team requested the NHS to start taking some serious action before this disease can hit with its full potential. Palliative care for elderly people is the most important form of action that should be taken immediately in order to save the population from dementia in future.

Is There Any Link Between Sexual Personality And Infidelity?

A recently held research ended up at surprising conclusion as the probability of involving in infidelity was almost identical in both genders (23% of the men and 19% of women who took part in poll reported infidelity) but the causes of infidelity were drastically different in both the genders and even contrary to each other.

Sex in Later Life- A Key To Psychological Stability

Many people feel uneasy while talking about sex. However, one must realize it is not a piece of fantasy, instead a great necessity for life. Many people, especially elderly couples regret on the lack of sex in later life. It is understandable that the sexual pleasure or the bodily desire dries up in the later […]