Missy Elliot is in the news again after she announced that she is suffering from a rare Graves disease since 2008. Hearing the news, many people are willing to know what exactly is the Graves Disease? 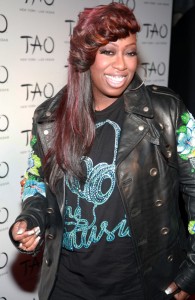 After consulting with the doctors, reporter of news365today.com has come to know that Graves disease is an autoimmune disorder. It is also a very common cause of hyperthyroidism. It happens when the immune system of the body attacks the cells because it becomes unable to know it’s own cells. The thyroid gland stimulates the antibodies and as a result, the thyroid goes into overdrive.

In case of Missy Elliot, hyperthyroidism seemed to have affected her neurologically to a great extent. She said that she is suffering from this Graves disease since the year 2008 when she faced a car accident. As a result, R&B fans have been noticing that musical output of Missy ahs been going slow for the past few years. Once upon a time, the urban radio would not have gone without a single day without Missy and Timbaland. Missy has confessed that she will have to live with the Graves disease for her entire life. The Graves disease cannot be cured, but the symptoms can be controlled with some therapy.

The person suffering from Graves disease may encounter great swings of mood, loss of memory, various mental problems and feeling irritated sometimes. The signs and symptoms are summarized as follows –

Cardiac problems, such as irregular heartbeat and high blood pressure

Heat intolerance (you feel hot most of the time, especially at night)

Teens can stave off colon cancer by eating chicken

Studies of 20, 000 women have shown that the women who have consumed more of chicken in their teens had developed lower risks of having colorectal adenomas also commonly known as benign tumours that finally lead to colon cancer. So, all those teenage girls who are consuming more of chicken and fish right now are […]

Nowadays, it seems to be a craze of losing weight in the present generation. But most of the people are not getting success in this regard. The main problem that has been concluded for this is unawareness of the main reason of obesity. Some people consider obesity as a result of eating extra food while […]