According to a research conducted in UK by the Stroke Association, it was observed that around150,000 people in the country experienced stroke each year. Out of these individuals, 29000 strokestook place because of bleeding on the brain. 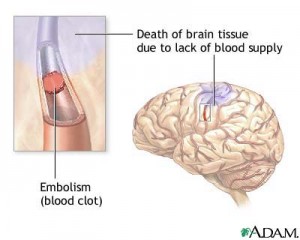 It has been seen that out of every ten cases of aneurysms burst more than one takes place due toconsumption of caffeine. It is true that individuals consuming coffee are just at 1.7 times higher riskin comparison to others. However, caffeine is known to be most common factor responsible behindthe problem of aneurysms burst.

Some other factors triggering bursting of aneurysms are strenuous exercising, nose blowing, sex, anda few others. According to a neurologist, Dr Monique Vlak, all the associated factors increase theblood pressure suddenly for a short duration that leads to aneurysmal rupture.

The researchers have said that the occurrences of aneurysms burst can be inhibited by cutting downon the consumption of caffeine. Despite conducting all these studies the researchers at The StrokeAssociation are unable to conclude whether these triggering factors are responsible directly forstrokes or not.

To wrap up, it is difficult to establish relation between the factors and stroke but you should try toreduce the intake of caffeine as a preventive measure.

How Chronic Stress Can Be Influential To Immunity

According to a website, chronic stress affects the activity of the gene in the immune cells, which aim at battling out an actually non-existent infection or trauma.

Lisa Ling an American journalist, who is mosty known as a co-host of ABC The View, this morning, visited the women of the show to have a discussion about something she thinks many women are shy to talk about:  “Miscarriage”.