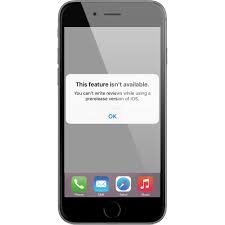 Most often people tend to publish negative remarks only by using the pre-release and the unfinished version of iOS, on the App store! This is indeed unfair, for the developers who do their best for the optimization of the software for the upcoming release of Apple’s Operating System, presently iOS 8.4. Previously the pool beta testers were limited, mostly comprised of app developers or at the most a few hardcore enthusiasts, which was not a problem. But presently there are a host of app review writers, engaged in publishing both positive as well as negative reviews. This initiative by Apple is to ensure a restriction on reviews written, both good as well as negative.

The change undertaken by the organization is welcomed by app developers, as this would ensure a correct app store score ranking; due to the elimination of reviews from users of pre release, bug-prone applications.There have been instances where an app did run perfectly, for millions of people using iOS 8, while showing signs of trouble on, iOS 9 beta, thus penalizing the developers––––but not anymore. As this initiative is likely to help in the correct evaluation applications, by restricting reviews from users of pre-release apps, on the App Store!

After the release of Motorola Xoom Wi-Fi only version, now its turn for Samsung Galaxy Tab Wi-Fi to hit the stores.  The much anticipated device is now available for pre-order and the price set to grab this tablet is only $350.

Recently Microsoft confirmed all new Windows 10 Operating System is soon to be released ‘this summer’ in 190 countries and 111 languages. In the blog post Microsoft executive vice president Terry Myerson announced that Windows 10 is specifically designed for multiple devices. However, Microsoft is yet to make the official announcement for the launch of […]