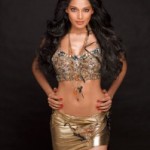 In reference to the allegation, Bipasha claimed that she has been beleaguered with calls from media, who are curious in knowing my reaction towards the inundated conversation happened between me and Amar Singh.

She clearly rejected the convo, and reported that the voice over the telephone is not hers and she has been unwontedly dragged by media into the controversy. He further clarified that her voice has unique individuality and does not matches with the voice that has been released in the tape.

However, the whole brag came into limelight when Supreme Court has lifted the ban over the suppressed order filed by the former Samajwadi Party leader Amar Singh over the telephonic conversation between them in 2006.

Although the conversation happened between the two is released in the local newspaper with the heading as ‘Age Matters between the Legs: Amar Singh to Bips’ as follows:

Bipasha Basu: ok tell me, when are we meeting?

Amar Singh: I am quite bust but wherever you say.

Amar Singh: So nice of you for remembering me.

B: I didn’t understood

B: I said it is not the matter of age!

A: yes, I understood

B: you are right age does not matter for all this.

A: Actually it is the matter between the legs.

A: Ya sure, we will be meeting soon.

Film Agneepath To Show The Trailer Of Five Movies

The movie Agneepath is in the news not just for its remake but also for showing trailers of forthcoming movies like Ek Main Aur Ekk Tu with Imran Khan and Kareena Kapoor as the leading couple,  Talaash with Aamir Khan, Agent Vinod and Tezz being promoted by Saif Ali Khan and Venus.

Jennifer Lopez All Set to Judge The American Idol

Actress Jennifer Lopez is too happy to accept the role of judge in the popular American television show named the American idol. Jennifer Lopez has agreed to accept this offer in spite of her busy schedule in acting and involvement in the music business. So, her fans will be happy to see their star in […]

The Legendary Funny Man Leslie Nielsen Is No More

It is really sad news that the legendary comic actor Leslie Nielsen is no more. Suffering from complications of pneumonia, Leslie Nielsen died at 5.34 PM in a hospital which is close to his home in Fort Lauderdale, Florida. He was surrounded by his wife and family friends when the end came. He was 84 […]