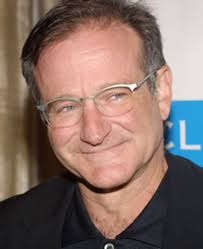 Robin Williams, one of the finest actor and comedian, is thought to have a committed suicide, after his long battle with depression. He is suspected to die out of hanging. Chief deputy coroner for Marin County Sheriff’s Office confirmed that he has died from hanging himself. This 63 years old man, is famed for his brilliant performances in movies like, Mrs. Doubtfire, Good Will Hunting, Dead Poets’ SocietyandGood Morning Vietnam. Robin William had first been noticed as an excellent performer, through his role as an extra-terrestrial, in a Television series Mork and Mindy which got telecasted and had become extremely popular from 1972 to 1982. On his death President Barack Obama had remarked “He arrived in our lives as an alien — but he ended up touching every element of the human spirit.”However his role in this television series was just the beginning and the he reached the zenith of success, through has famous role as a cross-dresser in Mrs. Doubtfire. He is also known to have played the character of an unconventional yet inspirational professor John Keating, in Dead Poets’ Society (1989).

Robin William was found unconscious, in his house Tibourn, Calif, and within few moments at 12:02 p.m. he was declared dead. The cause of his death is still under investigation, but investigators from the department remarked that Williams’s death was a “suicide due to asphyxia.”Tributes from all across started pouring in, as soon as his death was confirmed. Susan Schneider, Robin’s wife since 2011, remarked on death, “lost (her) husband and (her) best friend”, while the world “(had) lost one of its most beloved artists and human beings.”

How Can Sex And Suspense Be Away From Ragini MMS Review?

Ragini MMS is a movie from the Ekta Kapoor, Balaji Telefilms banner. A look into the Ragini MMS review shows that the movie is centered round a young couple named Ragini and Uday. They went to a friend’s farmhouse in the outskirts of Mumbai and their basic motive of going there was nothing but doing […]

2 Replies to “Actor Robin William Died Of Hanging Himself”