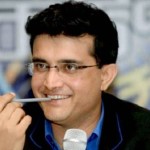 It is another morning but that awakens with the fresh smile of Sourav Ganguly’s 41 years birthday celebration, just like any other special day this day is also important because Sourav Ganguly has decided to pen his autobiography of his rise and struggle for survival then his controversy and finally his retirements. He has planned a day long quality time and celebration at home with his family but the sad demise of his father has left him depressed and devastated.

Sourav Ganguly really kept himself busy with lots of commercial projects and assignments after his retirement and hardly has felt lonely after his much controversial consequences of rivalry with ex Team India’s coach Greg Chappel and his final decision to bid adieu to the national and international games. His recent tryst with IPL and the much hyped relationship and sentimental links ups with Shahrukh and Kolkata Knight Riders followed by Team Pune warriors has eventually kept his fan following much stronger and impulsive.

The renowned CNN sports broadcaster Nick Charles is no more. He was battling with cancer disease and died on Saturday at the age of 64. Nick Charles started his life as a taxi driver and went on to become the first sports anchor in CNN since 1980.