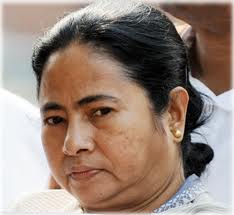 The true picture behind Railway Budget 2011 is something else. Many people are commenting that a few years back, Indian Railways was a turnaround story with a cash surplus of Rs 25,000 crores. But now as per the White Paper presented by the Railway Minister in the Parliament, the national carrier has got a cash surplus of Rs 1300 crores.

Many did not know the fact behind the cash surplus scenario during Lalu Prasad Yadav’s regime. Insiders to the Railway Ministry said that Railways used to sell many of their assets during Lalu’s regime and earn cash from there. The cash was generated not from operations of the Railways, but from selling the various assets of the Railways in different parts of the country.

That is exactly what the present Union Minister Mamata Banerjee said after becoming the Railway Minister. She said that the financial condition of the railways is actually so colorful as it looked like during Lalu’s regime.

Moreover, due to the economic recession of the Railways, there was a huge drop in freight load till October when loading fell by 10 million tones than the previous year. In spite of all these hardships, Mamata Banerjee as a Railway Minister has given much priority to the safety of the passengers. In the Railway Budget 2011, she may give much stress on passenger safety. She has also given much relief to the common man by not increasing the passenger fares for many years. People say she will do all this for politics keeping an eye on Bengal elections.

“Break Ke Baad” Fails to Create Any Impact On The Audience

With great pleasure Greece declared a record third month surplus in current account balance, in September, 2012. It reached a surplus of about of 775 million euros and the striking news is that Greece managed to reach this position after facing a deficit of about 1.1 billion euros a year back.

With unrest capturing the climate of many nations, some of the countries of Europe still remain one of the most preferred tourist destinations of the world. The list of the world’s most attractive tourist spots has been released by none other than The World Economic Forum.