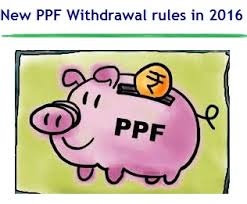 According to the new rules issued by the Indian Government on small savings schemes, there will be a change of the difference in interest rates between an Indian and an NRI. As a result, a person will no longer be able to earn the same rate of interest on PPF and NSC account if he or she becomes an NRI. An investor account will be closed on the same date he becomes an NRI.

This new amendment was issued for the Public Provident Fund Act 1968. The amendment states that if any Indian resident who is an existing account holder under the Act, will no longer be able to continue his account if he becomes an NRI during maturity period.

The amendment also states that interest will be paid at a rate of 4% per annum as per the savings account at a post office. As per NSC, it will be considered that the money is encased on the day an investor becomes an NRI.

As per the amendment is concerned, the Indian government has not modified any rate of change of interest on PPF and NSC account. The rate of interest will be 7.8% annually for the latest quarter of October to December. This rate is basically announced on a quarterly basis since April of 2016.

As per the government policy and Income Tax Act, a person is considered as an Indian citizen if he lives here for 60 days or 182 days in a year and 365 days in each of next upcoming four years. If this criterion doesn’t satisfy for a person then he will be declared as an NRI person in India.

As per the latest rules and regulation, an NRI will no longer be able to open a PPF account, but at the same time, he will be allowed to contribute to his existing account which he had opened before becoming an NRI.

Is ‘Practice What You Preach’ True For Undercover Boss Shelly Sun?

While BrightStar Care is one of the rapidly rising providers of health care for people of every age, does the CEO of BrightStar, Shelly Sun use its services to take care of her twin 6 year old sons when she’s away shooting for Undercover Boss?

Since Chinese economy is performing much better than the US economy even during the days of global recession, many US companies are coming down to the China market to see their sales increasing and trying to keep their bottom line intact.

Border Books Bankruptcy Will Give An Edge To The Competitors

When US President Obama has submitted budget proposals to bring back the economy on rails, Borders Books, the second largest US book retailer has filed for chapter 11 bankruptcy. The Border Group has also announced that they are going to close down 200 stores across the nation and there will also be massive laying down […]