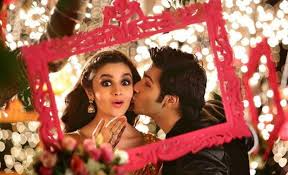 The film casting Alia Bhatt, Varun Dhawan, Siddharth Shukla, is definitely is a good watch, especially for the young generation. Alia here plays the role of Kavya Pratap Singh, an Ambala girl, and a daughter of a transporter, who was initially an automobile mechanic. Kavya is shown to hunt for an expensive designer lehenga for her forthcoming wedding, at the beginning of the movie. Varun is seen to play the role of a Delhi boy Rakesh alias Humpty Sharma, son of a college bookstore owner. And Rakesh chases his father’s dream of getting a new car, with the saving he has been making throughout his life. The first half is all about how these two youngsters meet and a rapport is developed, both helping each other in fulfilling their desires, and evidently falls for each other.

After the interesting and frivolous first half, the second half seems to be a little dull, yet quite attention-grabbing. Here Rakesh has to pursue Kavya’s parents on cancelling their daughter’s wedding with their old friend’s NRI son. The hero’s attempted persuasions are very interesting, and would remind one of SRK’s DDLJ. Alia and Varun’s on-screen chemistry, is most talked about, even their acting has been praised. The storyline, though nothing new, yet is well presented, and the on-screen chemistry of both the characters––makes this film as a must watch. Though this movie has numerous praiseworthy factors, it also has few limitations, like, the characters on-screen are not too well presented, and the plot also seems to be little weak.

Millions of voters casted their votes to choose their favorite actors and actresses for much awaited People’s Choice Awards. We saw that most of the viewers preferred pirates over vampires and it was quite evident that Kardashians are more admired than the “Jersey Shore” on Wednesday night  People’s Choice Awards red carpet.

Shahrukh Too Happy With Priyanka Chopra To Ignore His Wife

Rumor mill is grinding out gossips in Bollywood and it pretty difficult to shift the truth from imagination. This time it is linkup between Priyanka Chopra and her co-star Shahrukh Khan in Don2.

When a celebrity wants to create a hullabaloo in media, the first thing they do is removing her clothes and pose nude in front of camera. Be it any aspiring model or popular actress like Heidi Klum people always pay a great deal of attention whenever there is some news like this as we are […]