In the 33rd IPL match between DD vs KKR, Kolkata Knight Riders scored 148 for 7. Delhi Daredevils will have to score 149 to win the match. Manoj Tiwary of KKR scored a wonderful 61. The DD vs KKR match is being held at the Ferozshah Kotla ground in New Delhi. 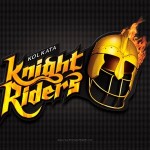 In the match, Manoj Tiwary hit 37 balls half century when Yadav dismissed Yusuf Pathan and Eoin Morgan in two successive deliveries. Yusuf was caught by Irfan in Yadav’s ball and in the next ball Morgan made a mistimed shot and the catch was taken by none other than wicket keeper Naman Ojha.

The match between DD vs KKR took an interesting turn when Gautam Gambhir was caught by Venugopal Rao in the deep mid wicket. Gautam hit 2 fours in his 19 balls innings and scored 18 runs. Delhi Daredevils got the breakthrough when Irfan Pathan and Ajit Agarkar dismissed Jacques Kallis and Shreevats Goswami. After 2 overs, Delhi were 14 for 1.

Ravens Are Smashed By Pittsburgh Steelers

Pittsburgh Steelers defeated Ravens by 13-10 in a chilly and windy M&T Bank stadium on Sunday night. The rivalry between the two teams is generally best described as bone rattling hits. Ravens were winning nine games at a stretch and this defeat after a long stretch was definitely quite painful for them.

Will Qatar World Cup In 2022 Allow The Fans Wear Bikinis?

Russia will be the host for FIFA World Cup 2018 and Qatar will host the World Cup 2022. The FIFA world cup 2014 is supposed to be held in Brazil. It is a surprising fact to know that the football tournament will be held in mid summer and Qatar is going to show the power […]

Rumors were afloat in the market that Luis Suárez’s wife and children will celebrate the evening, dinning out in a table which will be close to the English media. The Uruguayan striker is much in the news for destroying England’s hope much on the field. He was looking happy and eyes were glittering when he […]