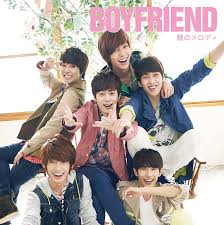 Bizarre but truly though, China’s Taobao is on the news for letting have a boyfriend for hire. Taobao which has been on the news for quite some time, has two major platforms. The Tmall, where only established brand owners sell the stuffs directly to the customers and the Taobao market place, where smaller companies and entrepreneurs set up the shop.

There are certain unusual things that are sold in Taobao and hiring a boyfriend being one of them.

The Lunar New Year in China is an event like the Christmas in the West and it is a good time for family get together. However such gatherings can be stressful when relatives start asking questions of personal nature.

Just before the Chinese New Year, there was an explosion of listings of men, offering their services as escorts and pretentious boyfriends. A vendor even had enlisted the prices where a boyfriend can be hired for three purposes mainly and each of them had different rates. The hired man can be used for trips to other cities to visit family, to act as an escort while shopping or purge out negative energy by listening to the complains or abuse.

However, with the festive season coming to an end, the listings have disappeared and there is no way now to get a trace whether a man on hire actually received any business.

With the debate on SOPA becoming hot, the anti-piracy battle between the Hollywood and Silicon Valley is becoming the talk of the town. Hollywood is seriously fighting with Silicon valley over their legitimate right to make money online.

Indian Hostages May Be Used As Line Of Defence, Fears Government

Situation tend to worsen in Iraq as the government presumes that the 39 Indian construction workers who were abducted from north Iraq on June 15 may be used as human shields when there is a confrontation with the US army or the Iraqi counterparts. There were 40 workers who were snatched from their work place […]

The Cyclone Nilam managed to take the life of almost 25 people as per latest news from Visakhapatnam. This devastating flood completely swept away the coastal areas of the state of Andhra Pradesh.