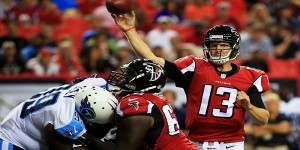 Arthur Blank said that they have signed an agreement of 27 years when the stadium will be known as Mercedes-Benz stadium. The stadium is expected to open in the year 2017. The new stadium will be constructed very close to Georgia Dome, which is the current home stadium of Falcons. The old stadium will be demolished after the construction of new one is finished.

Though the financial details of the deal are not yet open to the public, Steve Cannon, USA President and CEO of Mercedes-Benz said that “it is the single biggest marketing deal” in the history of the company.

According to a video released by the company, name of Mercedes-Benz will be plastered in various locations in and out of the stadium and its famous three pointed logo will be displayed at the top of the retractable roof. Cannon also said, “I think we will be the only company in Atlanta whose logo can be seen from the International Space Station,” and that is real good marketing.

Jack LaLanne, The Man Who Brought Fitness To The Americans, Dies

Americans wake up in the morning to find their fitness guru, Jack LaLanne is dead. The grand old man of American fitness died at the age of 96. He died from respiratory problems as he was suffering from pneumonia. He was the man who took exercises and fitness consciousness to the masses of the Americans. […]

This year World Series of Poker main event was won by Greg Merson, a 24  years old Maryland resident and playing the game of poker is his full time profession.