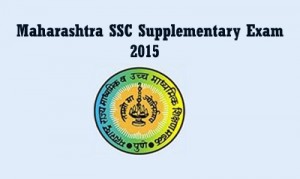 Students who appeared for the supplementary examination can enter their roll numbers at the Maharashtra Board official website, maharesult.nic.in.

The numbers of passed candidates have lowered comparatively, which has caused concern among many concerned authorities. Although, the numbers of students passed in the supplementary result has gone down as compared to other years, but the passed candidates can successfully join their classes without wasting another academic year. The decision

University Of Hyderabad Announces Short List Of Students For Interview

The University of Hyderabad has announced their result and notification for 2011. The written examination was held in June and the list of selected candidates was announced on 27th June, 2011.

Yesterday University of Mysore has declared the examination result of Post Graduate (PG) June/July 2011 and also B.Sc (Speech & Hearing)(Int.Sem.Scheme) Results. Candidates who participated in these examinations can check there results online: CLICK HERE .

The students who are looking for admission to engineering and architecture or planning programmes at the undergraduate level they can now start preparation for All India Engineering Entrance Examination (AIEEE) as the scheduled dates for the examination are announced.