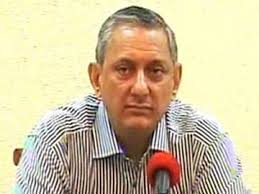 The appointment of Rakesh Maria as the Mumbai Police Commissioner has caused quite a stir in the Maharastrian police force. Rakesh Maria was one of the three contestants for this post beside IPS officers Vijay Kamble and Javed Ahmed. The problem aroused when the latter went on leave as a mark of protest. They were senior to Rakesh Maria and thus his appointment over then were seen as an insult by the two.In accordance to a source from the police forces it was said that the two officers on leave were quite disappointed and deeply hurt by this decision of the state government. They are seeing it as a form of injustice and thus have refused to stand by this decision.

The Maharastrian Government on the other hand have decided to stay firm on their decision and said they have done what is needed. The two officers remained unavailable for any comments.

Rosie Batty, the poor mother of Luke Batty, an eleven year school boy bid a tearful adieu to her son in his funeral. The lady was dressed in yellow, which was the favourite colour of the soulful boy. Members of Ms Batty’s family carried Luke from the chapel of his school, Flinders Christian Community, in […]

The International Monetary Fund has once again called upon the leading developing countries to cope up with the financial crisis which is rising over the whole world. Once again the cloud is over the European countries regarding the newest crisis in the world market. The international financial body has urged the respective governing countries not […]