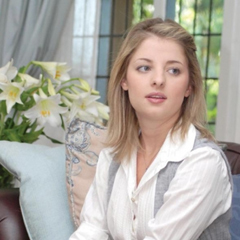 The Gabriella Pasqualotto blog comments not only on the character of the cricket players but also on common people coming to watch IPL matches. Gabriella says that the citizens look down at them in a suspicious manner. They are less interested in the game and more in checking out the cheerleaders present on the field.

UFC 124 Fight Card- St. Pierre vs. Koscheck II will be shown this Saturday night, and this will be the most expected fight that viewer’s are eagerly waiting to see ever since the opening episode of The Ultimate Fighter Season 12 was broadcasted on TV.

April 15, 1947 was Jackie Robinson’s date with destiny that made him a legend in Baseball forever. Today Major League Baseball (MLB) commemorates the 64th anniversary of Jackie Robinson’s debut in a Baseball game with Brooklyn Dodgers. Another significant achievement was that a black was playing in the MLB for the very first time.