Individuals suffering from the problem of cystic fibrosis can take a sigh of relief with the discovery of a treatment for this problem. Recently, Sanofi-Aventis BioTalent Challenge was conducted during which a student presented a new kind of drug. This drug has been discovered with the help of a supercomputer system. 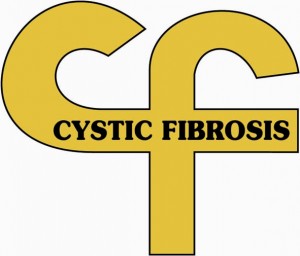 The student who is honored with this discovery is Marshall Zhang who studies in eleventh grade at Richmond Hill’s Bayview Secondary School. This brilliant student has carried out his project under the guidance of his mentor, Dr. Christine Bear. She works as a researcher at the hospital for Sick Children’s Research Institute in Toronto.

Marshall Zhang shares his experience and events that led to the discovery of treatment for Cystic Fibrosis. Using supercomputing network he figured out the action of two different compounds against the protein that causes the disease in human beings. When he carried out the experiment it was observed that both the chosen compounds acted on the protein but the position at which they acted was different. Following this finding, it was not difficult for Zhang to infer that these compounds can be used together for fighting back the causal defective protein for this disease.

The findings until this point were only in theory and he still had to confirm it by applying on living cells. He carried on his experiment further and it came out to be successful. Surely, this discovery would give birth to various other discoveries in this field and soon treating Cystic Fibrosis would be possible.

Depression is not just physiological in nature but has a lot of interconnection with genetics. According to a study conducted by the University of Central Florida, the genetically variant has been carried by about 25% of the population and this is the reason why most of them are born to be depressed. Science says that […]

Do Women With PIP Implants Really Have Higher Risk Of Cancer?

In recent times a study reveals more and more women are getting breast implants than ever before. After noticing the rising trends of breast implants surgeries on Friday France and Britain has issued conflicting advice to tens of thousands of women who got breast implants made of inexpensive industrial silicone as they have some health risks.