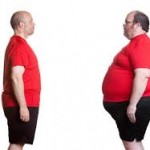 Obesity is one of the most common concern in parents in different parts of the world. According to the recent study, you can predict the cardiovascular death in adulthood with the help of BMI of teenagers. Jeremy Kark who is from Hebrew university along with Dr. Gilad twig from Sheba medical center, Dr. Hagai Levine of Braun school along with other colleagues in Israel have made it possible for you to determine the BMI in adolescence and the effects of it during that time They have studied about 2.3 million Israeli people who were about 17 years old and whose height and weight have been measured from 1967 to 2010. Though later results have shown that those who have BMI more than 20 and acceptable percentile rate of 50th to 74th would show signs of coronary heart diseases. Even if the BMI was considered normal during adolescence it was the cause of increased mortality rate after 40’s.

As there is an increase in the BMI percentile for 75th to 84th there is a higher level of adolescence obesity with an increase in risk for various heart diseases, strokes and other sudden and unknown causes of death. Kark also said that there is a link between adolescent overweight with that of the mortality rate in midlife. If there is a continuous increase in adolescence BMI rate and if proper steps are not taken to prevent obesity it might lead to cardiovascular diseases especially the coronary heart diseases which might be the common cause for a rise in mortality rate in such people.

What Your Sleeping Position Says About You?

Scientists are in favor of saying that your sleeping positions can say a lot about you. Robert Phipps, a UK based body language expert analyzed the results of a survey taken by a British hotel chain on preferred sleeping positions, while another research undertaken by Dr. Chris Idzikowski of Edinburg Sleep Centre also included 1,000+subjects […]

Diabetes means lack of insulin in one’s body or incapacity to use it correctly. High blood sugar can cause many fatal health problems. Some foods, however, help to control the same. Through GI one can know the effects of specific foods on blood sugar level. A healthy diet is very important to control diabetes. Whole […]