A controversy has hit the market over the destruction of the last remaining samples of the smallpox virus. World Health Organization is debating whether the time has finally come to destroy those last samples of smallpox. The viruses have been securely kept in some of the labs in Unites States and Russia.

The debate is going on the issue whether the samples of smallpox needed to be destroyed or not. The people who are favoring the destruction are of the view that any deliberate misuse of the virus may re-emerge the disease. But those opposing the destruction are of the point that since the viruses have been stored there for more than three decades, chance of anything happening worse is miniscule. 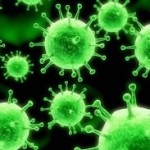 If all the samples are destroyed, then no samples will be left behind for further research. It will be dangerous to the children of our future generations. If by any chance, the disease comes back, then there will be no scope of research.

Smallpox was one of the most devastating diseases faced by mankind. The disease killed more than 300 million people alone in the 20th century. Those who did not die from the disease were left either blind or scarred. But due to a massive vaccination campaign against the disease, it got eliminated in the year 1980. In that year, WHO asked all the nations to transfer their collection of smallpox viruses to one or two of their specified labs in United States and Russia.

With so much of modern technology available, a person with the right kind of tools and plentiful of bad intentions can very well create another virus of small pox. He can also create other varieties of pox which may be more harmful to humanity.

Those proposing the destruction are asking for a date for doing it from WHO. The World Health Organization is demanding further debate on the subject before reaching to any final conclusion.

Negligence in taking care of patients who have suffered from a sudden severe instance of abnormal heart functioning especially coronary thrombosis is the main cause of thousands of deaths of human beings. As per the analysis was done by the researchers of Leeds University 33,000 deaths could have been prevented over a span of ten […]

What Your Sleeping Position Says About You?

Scientists are in favor of saying that your sleeping positions can say a lot about you. Robert Phipps, a UK based body language expert analyzed the results of a survey taken by a British hotel chain on preferred sleeping positions, while another research undertaken by Dr. Chris Idzikowski of Edinburg Sleep Centre also included 1,000+subjects […]

Fed up of doing daily routine exercise, gym and weight loss programs and still unable to lose weight after spending huge amounts? Here is the list of some healthy snacks that would help you to control your hunger pangs and have no severe effects on your body.