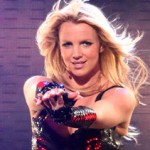 The duo ladies singers will be joined by Jessie and Toy Boys and Nervo and the line up will be all female. Britney Spears has said in her website that she is extremely glad to have Nicki Minaj on her tour as she thinks that the singer is extremely hot in appearance that may raise the adrenalin of the viewers.

She is also thrilled to have Nervo and Toy Boys and feels that they are all capable of bringing the crowd on the dance floor. Britney Spears will finish touring with Lil Wayne on 1st May on his I Am Still Music Tour in New Jersey. Nicki Minaj will join the pop sensation after that only.
The tour of Britney Spears with Nicki Minaj will kick off on June 16th in Sacramento and is expected to run for 26 dates throughout North America, ending up on August 13th in Toronto. The ticket sales will start from April 30th.

Britney Spears manager told to MTV that “”The way we come up with a concept for a show like this is we sit with Britney. We start with the songs on the album; we start with coming up with general, broad concepts. She tells us what interests her and excites her, and from there, we have [the input of music tour director] Jamie King and [choreographer] Brian Friedman.”

International star Lindsay Lohan, who was once considered to be an idol for millions of teens has plead not guilty in High Court. Just out of rehab, Lohan was accused of stealing a 2500$ necklace from an LA store. The owner has even claimed that she had tried diamond earrings and had somehow “forgotten” to take one of […]

Actor Karthi Marriage To Break The Heart Of His Female Fans