Intel introduces its first Android operated smartphone named Lava Xolo X900 featuring stunning features that you will be really dying for. Not only it comes with impressive performance level, but its crisp display along with premium quality build is what makes it stands out. The phone has got a sturdy built and there is fairly nothing missing in this smartphone device. 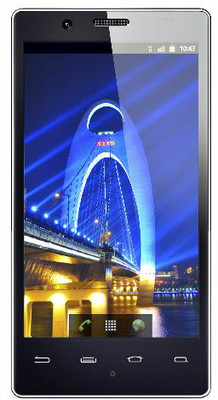 After Samsung Galaxy Note and other high end mobilephones came into the market, it seems the first Android handset that is expected to give a tough challenge to all those mobile manufacturers. The only thing that is missing for Lava is the brand recall that some of the competitors encompass.
This newly released Lava Xolo X900 is powered by a 1.6GHz Atom processor featuring Hyper Threading technology; The handset offers a 4.03″ high resolution LCD display with 1024 x 600 resolution (295 PPI). The Xolo X900 runs Android 2.3 OS, which has been further upgradable to Android 4.0 operating system.
For those who prefer using their mobilephones as a tool of photographing they will be surely delighter to see its 8 megapixel camera with flash. The handset can even capture up to 10 pictures within a second. In addition to this Xolo X900 has got a 1.3 megapixel front camera.
Among other features of Lava Xolo X900 the 16GB internal storage space as well as HSPA+ connectivity up to 21Mbps, HDMI out and NFC built-in can be considered to be noteworthy.
If you are craving to grab this handset just shell out Rs. 22,000. Flipkart is offering 1 year manufacturer warranty for Phone and 6 months warranty for in the box accessories.

Announcing the launch of Galaxy Note 5 and Galaxy S6 edge+ smartphones in New York, Samsung authorities said that they have felt that the transformation of smartphones have been from just nice to having some useful things. Keeping this concept in mind, Samsung note 5 has been made such that users can easily operate the […]

Apple Inc. and Samsung Electronics Co. have taken their smartphone production way too seriously not with just one but two brilliant smartphone release. While Apple came along with iPhone 6 and iPhone 6 plus, Samsung released Galaxy S6 and Galaxy S6 edge. Both the smartphones from Samsung and Apple are equipped with advanced software and […]

A Happy Tone In HTC And Apple Settlement

Two global giants in the making of Smartphone’s, HTC and Apple declared the global patent settlement along with a 10-year licensing agreement, in this month of November, 2012 after going through a high end patent war between them.