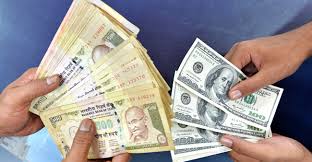 The Rupee is the best performing currency among all, regardless of dollar’s fallback. It has risen up to 6% against the greenback this year. After showing a growth in US non-farm payrolls by 209,000 jobs and June’s employment last month, dollar posted its biggest one day gain in July. The rupee however reduced some early losses and was trading against the dollar at 63.68.

Tug of war between Visa Inc and PayPal leaves the latter disappointed with statistics being in favor of the former. Visa Inc officially made a statement that shoppers who are availing their payment service are as much as 17 percent more likely to complete their purchases than the ones who use PayPal. As many as […]

According to the new rules issued by the Indian Government on small savings schemes, there will be a change of the difference in interest rates between an Indian and an NRI. As a result, a person will no longer be able to earn the same rate of interest on PPF and NSC account if he […]

There has been some stupefying news on the forefront of real estate in USA. Foreclosure in USA homes has risen by a margin of nearly 12 percent. Realtytrac has recently reported after a well conducted study that lenders have foreclosed on 78,133 homes in January of this year. This is an alarming rise from last month […]