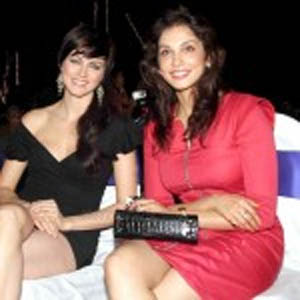 Of late, IBN Live has announced a list of ten most controversial events of 2010 and to everybody’s utmost shock, Yana Gupta pantyless pictures has taken the third place in that list. IBN Live conducted a survey among the viewers and the list was built according to the results of that survey.

Though the item girl has claimed that she forgot to wear her panty on that day because of some dance rehearsals, but many claim that she is also enjoying this sudden publicity which she is getting by exposing her lower assets. She is saying that she came to the charity show directly from the rehearsal and that is the reason, she was there that day without any panties. The photographers wasted no time in clicking the Yana Gupta pantyless pictures and published them all over.

Jersey Shore Season 4 Will Be Heading To Italy

MTV finally confirms that Jersey Shore Season 4 will be starting soon and this time the episodes will be shot overseas and the country where the entire team of JS will be heading to is Italy which is at the same time the motherland of Vinny Guadagnino.

Shah Rukh Khan, the king of Bollywood, the heart throb of India, the actor who is ruling Indian cinemas for more than a decade, needs no formal introduction. The king of Bollywood is also the owner of KKR, a cricket club playing in the IPL.  Recently the Enforcement Directorate (ED) has summoned King Khan for […]