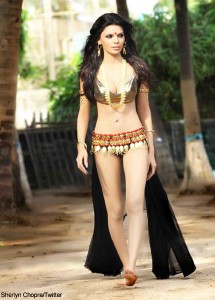 Sherlyn Chopra, the model turned actor who came into limelight being the first Indian to pose nude for Playboy magazine, has agreed to do more bold scenes in her next film Kamasutra. The director of the film is taking some extra care to shoot the scenes in some studio of Hollywood.

It has been known that the director of the film, Rupesh Paul, does not want to invite any trouble and hence decided to shoot the Kamasutra scenes outside India. His friends have warned him that shooting nude scenes in India may ignite social protest and some social organizations may take this opportunity to grab the headlines. He has contacted one of his friends in Hollywood who can fetch in any Hollywood studio for shooting of nude scenes.

It was a matter of rare coincidence for Martina McBride. Or it can also be described as a matter of great timing. Her single song “Teenage daughters” became available on iTunes on the same day when her teenage daughter Emma turned 13. The day was on March 29th, 2011.

Representatives of US actress Jodie Foster confirmed that the ace actress has married her girlfriend Alexandra Hedison over the weekend. Alexandra is a photographer and actress by profession. Ms Foster, the Oscar winning actress declared herself to be a gay, publicly in her speech at last year’s Golden Globe Awards. Bizarre, but truly though the […]

Justin Bieber Hair Cut May Go To Charity For Auction

This is exactly what is known as superstardom. Justin Bieber has done a simple haircut as the 16 year old has confessed that he was tired of having the same lesbian look for three long years. As soon as he showed his new hairstyle to an interview to TMZ, Justi Get Over Depression, Sadness, Loss, […]