This is a real time to celebrate for the fans of the legendary music band Beatles. They have decided to make the debut on the iTunes. Officials of Apple have announced that the entire set of Beatle’s music will be available on the iTunes. Apple has made this deal with EMI group as they are the representatives of this famous band.

For many years, Fab Four have put on hold selling of their collective show of talent in iTunes. But individual recordings of John Lennon, Paul McCartney, Ringo Starr and George Harrison are very much available on iTunes.

The fans of Beatles and iTunes have referred this tie up as a historic and symbolic one in the history of English music. For four long decades, music of Beatles will be available on vinyl, cassette, CD and 8-track. But this availability of Beatles music on iTunes will be helpful for those who do not have the songs in other formats. 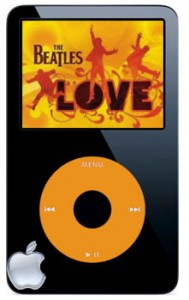 Analysts also feel that availability of Beatles in iTunes will also appeal to the older generation of people who are hardly aware of transferring the songs to the CD. A young person can have the music in his iPod, but an old man may not know how to download the entire Beatles catalogue in simple 30 minutes.

Few days ago we came across a rumor that the price of Wii will be dropped in May. Well, it is no longer a rumor as all  major online retailers like Amazon, Best Buy, Target, Gamestop and Toys R Us have already listed the new price which has been set for a standard Wii hardware […]

The great news from Google is that on 29th of October, 2012 it has introduced two new devices, the first being the Nexus 4 Smartphone and the second one is Nexus 10 Tablet.

4 Replies to “Hip! Hip! Hurray! Beatles Are Now On The Apple iTunes”