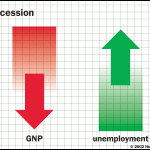 Reacting to correctionary measures, China’s rate of inflation is going down straight for the past three months. Few months ago, inflation rate in China was becoming a major concern for the economy.

Consumer prices were seen to be growing from 6.1% in September to 5.5% in October. The Government started the initiatives to curb the inflation from the beginning of this year and the results have started from October, 2011. Economists were of the opinion that inflation was the biggest hindrance to the economic growth of China.

It was seen that in spite of strict monetary measures, growth in China was maintained at 9% and the government is too eager to touch the double digit figure once the rate of inflation comes down. On hearing the news of easing down of Chinese inflation, stock markets in Hong Kong and India showed some upward trend, though the volume of transaction was low because of the worried investors who are preferring to go for the wait and watch policy as the Euro crisis deepens.

Wyotech recently has decided to join hands with Paul Teutul Sr. customary shop named OrangeCounty Choppers (OCC). According to information, the students of Wyotech will get the privilege of working with Teutul,who will assist them in building the customary bike to be featured on the upcoming serial namedAmerican Chopper on the Discovery channel. Besides, this OCC […]

All the commercial as well as business activities across India will most probably be crippled owing to the 2 day strike that the banking employees have planned to take up from Wednesday, as reported today by a bank-union official.