While staying in a beautiful American city, if you feel that you are absolutely safe, you may be wrong. A list of most dangerous cities of America has been released and you will be astonished to find the names of some of the most sought after cities of the nation.

St. Louis has been named as the most dangerous city of America and it has overtaken Camden, which won the first place in the year 2008. The city of St Louis had a record of 2070 violent crimes per 100,000 residents in the year 2009, while national average stands at 429.4.

The next five most dangerous cities in American had been Detroit, Flint, Michigan and Oakland. The award for the safest city of America has gone to Colonie in New York, having a population of only 75,000. The ranking has been compiled as per the data provided by the FBI.

But FBI spokesperson says that the rankings are not fair because crime in a certain area can be dependant on many factors and like geography and the economic situation of that place. 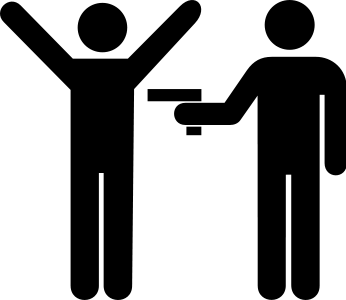 R Dhanpal Raj, Vice Chairman of Bar Council of India has been sent to two weeks of judicial custody by a Delhi court. He has been alleged of taking bribe from a law college in Ghaziabad for granting affiliation. A huge amount of cash has been received from his home after CBI conducted a raid […]

Chattisgarh Congress Chief And His Son Killed By Maoists

It has been reported that the Congress chief of Chattisgarh and his son were found missing for quite for two days and finally their bodies were duped by Maoist who allegedly even seemed to have killed 25 other Congressmen in Jiram valley of Bastar area. The duped bodies of Congress chief Nand kumar Patel and […]

The British Prince William has announced his engagement to long time girlfriend Kate Middleton. The couple is reported to be dating for quite long time. Lot of speculations has started gaining ground over the future of this another royal marriage in England. In a press release announced by the Royal Monarchy, the couple may marry […]