Worries, worries and worries. This has been the slogan in the economic world since the Great Repression started in 2008. Equity markets worldwide took a downward dive since last few days. There is devaluation of Australian dollar and rupee to dollar rate is also at their 13 months lowest. 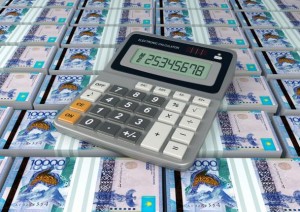 On Monday Indian stock market went down by 1006 points and Chinese stocks are down by 37% than what it was in the previous years. Many analysts are of the view that the present downfall in the stock market is due to deflationary situation that is existing in different markets. “Deflationary pressures are rising globally. The only way to offset them is central bank generated liquidity. But there is no global recovery. Unless we have a significant shift in fiscal policy stance, it’s going to worse than better.”

Whenever there is some anticipatory news of Fed Reserve coming out of QE and increase their interest rates, there is always turmoil in the emerging markets. With devaluation of Chinese Yen, many investors have started believing that there may be a global devaluation race across various nations.

This Thursday, USA is expected to release their most crucial GDP data and if that comes out to be good, then the markets are expected to revive again, overcoming the sluggish Chinese economy news. Let us wait till then.

Apple Overtakes Google As The World’s Most Valuable Brand

Apple has just pulled one over Google. In a WPP Plc report, Apple Inc has overtaken Google Inc in terms of brand value. Apple’s brand value in last year has grown by an astonishing 84 percent to a value of $153.3 billion where as Google has lost out this year by 2 percent from last […]

It has been a year after the death of the immaculate co-founder of Apple, Steve Jobs and reports claim that the replacement of this amazing personality by Tim Cook have not only increased the profit margin of the company but also introduced more ethics in the company environment.