Though the country has got a large population which still does not have basic education, the growth of higher education in India seemed to be phenomenal. During the past few years, there has been a massive growth in the number of universities and professional courses. 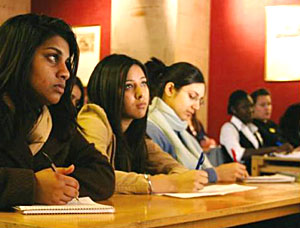 During the period 2011-13, it has been estimated that the number of engineers will grow at a CAGR of 24% and that of doctors will grow at a rate of 7.6%. Besides the national ones, there has also been participation by foreign universities as many of them have set up campuses in India. This has led to further competition as far as quality of higher education in India is also concerned.

A report published by Ernst& Young has also revealed the same picture. According to the data published in this report, there are 27,000 institutions for higher education in India. This is pretty high compared to about 7000 in USA and 4000 in China. This is supposed to be the largest base of higher education than any other country. About two-third of these institutions take students for study in general education, i.e. Science, Arts and Commerce. Engineering is the most preferred professional course and that is followed by Pharmacy and Management.

But the quality of higher education in India as compared to the global standards is still a matter of doubt. In spite of presence of large numbers of MBA institutes, roughly one or two of them make in to the ranking of FT-Top 100 Global MBA rankings.

It is because of this reason that there is a huge urge for going abroad for higher studies among the Indians. This market in India is growing at a rate of 24.5% CAGR since the year 2006. The value of the money spend on foreign education is $3.1 billion in 2005. One will be stunned to know that it is 80% of the money spent by government on higher education in India.